Advanced Energy Management Ltd. (AEM) was founded by Rino Levesque in 1985. Rino had extensive experience in the commercial/HVAC controls business; having worked in installation, project management, service, and sales for over 10 years. 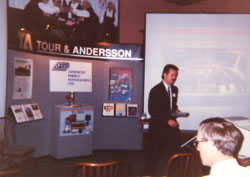 Immediately after being founded, AEM formed a relationship with Tour & Andersson Controls (now Schneider Electric), a major supplier of control products in Europe and North America. Utilizing their solid products, AEM began bidding on construction projects and was successful in getting many jobs. For the next several years, AEM installed Tour & Andersson Controls electronic controls and field devices. Employees such as electricians were hired and trained to install these systems.

Providing service for the systems that were being installed became a priority. At this point, additional employees were hired to support service. It was then that the company landed a major service contract which involved the service work for a couple hundred schools. The company grew again.

As microprocessor technology advanced, the electronic systems that were traditionally used to control buildings changed to digital controls. Operator functions such as turning knobs and adjusting system settings were being done on computers. Different competencies were required to program these new systems and new employees with programming and automation skills were hired.

Approximately 10 years thereafter, smaller manufacturers of building automation products appeared on the market. In order to remain competitive in the marketplace, AEM decided to add a product line; namely,

Alerton Technologies was one of the first companies to use the ASHRAE BACnet Standard.

It is important to note that the growth of the company did not come without pain. AEM did make some mistakes along the way. No matter how painful, AEM always owned up to its mistakes and corrected them. This strategy has helped define who AEM is as a company. AEM has always valued its employees and has treated them well. This strategy has resulted in little turnover and continuous business growth. For additional information on employment with AEM, continue here.

In 2002, the original founder, Rino Levesque, decided he needed to introduce some new ownership to help take the company to a higher level and to lay the framework for succession. He teamed up with two key business people who already knew the business, provided good management experience, and could add a new area of growth. 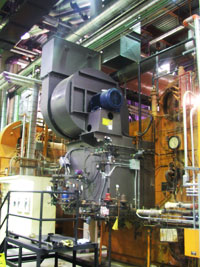 The company then developed industrial competencies in the area of combustion controls. Utilizing the experience and industry contacts of the new owners, a team was formed. The team performed a great deal of research and development and eventually worked its way into providing service for existing combustion controls and designing and installing large boiler room combustion controls systems. For additional information on AEM’s solutions for optimizing central energy plants, continue here.

The automation systems that AEM has installed in hundreds of buildings control the entire building heating and cooling systems. Many times, AEM would get called when the building heating and cooling did not function well. Utilizing specialists within the company, AEM provided solutions to many problems found in buildings which were not just controls problems but also mechanical system problems. The company started to perform retrofit work for mechanical systems as well as controls. For additional information on AEM’s solutions for managing energy for buildings, continue here.

Within these specialties, AEM focuses on:

The values that were instilled into the company by its founder still remain the foundation of the company today. If people are in a positive frame of mind, they have a better ability to provide solutions for customer needs and will deliver superior customer service. 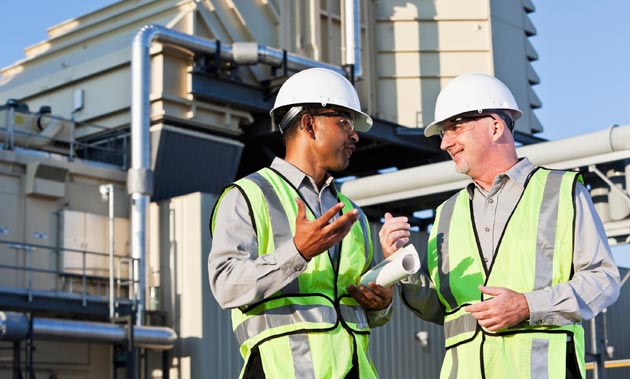